The United States Senate released its version of a new health care bill on June 22nd. Titled the Better Care Reconciliation Act (BCRA), the bill was met with energized advocacy groups immediately dispelling the measure. Earlier this week Congress’ nonpartisan budget referee, the Congressional Budget Office (CBO), estimated that 22 million people would be without insurance by 2026, 1 million less than the House bill which was passed in early May. Facing defeat in a floor vote, with nearly 8 Republican Senators coming out against the bill, Majority Leader Mitch McConnell (R-KY) delayed the vote until after the 4th of July Recess. 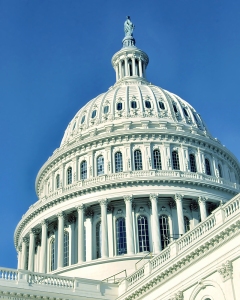 Here is a brief analysis of key provisions of the Senate Bill:

What to watch? Since Congress is going through this process under a budget reconciliation rule, the Senate Bill must only have the same amount of savings on the deficit as the House version. Thus, since the Senate version saves over $320 billion over the next 10 years, and the House version saves approximately $100 billion over ten years, the Senate has roughly $200 billion to spend in order to build support with current ‘no’ vote Senators. Keep an eye on states that rely heavily on Medicaid funding, or states heavily impacted by the opioid epidemic. These are some of the Senators currently opposed to the bill, and Leadership may direct additional funding to their states to bring them to a ‘yes’ vote.

For more information or any questions, please contact Jake Krilovich at jkrilovich@thinkhomecare.org

Jake is the Alliance's Director of Legislative & Public Affairs. He can be reached at jkrilovich@thinkhomecare.org View all posts by Jake Krilovich