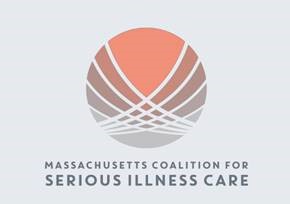 Last week, the Massachusetts Serious Illness Coalition hosted its annual meeting welcoming more than 100 attendees to the JFK Library in Boston. The message from the Coalition’s leadership – as articulated by Blue Cross Blue Shield MA President and CEO – is that “the momentum is building.” From the Coalition’s beginnings less than five years ago, Dreyfus has focused on a long-term strategy to achieve the Coalition’s six goals. These include the ideas that everyone in Massachusetts 18 years or older has a designated health care decision-maker and that all Massachusetts clinicians have appropriate training to communicate comfortably with patients around advanced care planning and serious illness. Dreyfus has likened the work to that done in years past on smoking and on car seats, where steady force and public messaging achieved near-universal changes in public thinking.

The progress on clinician education – from a provider association perspective – is perhaps the most engaging and encouraging news. Dr Atul Gwande, as eloquent as ever, declared that the work to date has shown that: “People have priorities in life beyond just surviving, but you must ask them. Suffering happens when care doesn’t match our priorities.”

In addition to a public education campaign about engaging in advanced care planning conversations, Dr. Gwande announced that the Coalition is in talks with all four Massachusetts medical schools about a cooperative effort to require training of med students in serious illness communication as a graduation requirement.

But it was Dr, Hurley’s remarks that struck home for the home health and hospice agencies in the Coalition. In addition to the above comment, Dr. Hurley spoke of being a young nurse “totally unprepared as to how to talk to the dying.” Along with her subcommittee co-chair Anne Marie Barron of Simmons College, she is working on recommendations on core competencies for nursing education related to serious illness care. These are to be presented in the near future to the Massachusetts Association of Colleges of Nursing. What a great achievement that would be!

For those following the Coalition’s work, these may also be of interest: