As always, a significant portion of that total – $15.4 billion in proposed spending – is allocated for MassHealth programs. In their executive summary, House budget writers noted that MassHealth spending growth has been limited to 5%. They also mention that their budget plan “supports enhancements to the eligibility systems, caseload management and program integrity efforts, especially in the area of long term care, which ensures that our significant investments are being well spent, which is crucial to providing healthcare to some of the Commonwealth’s most vulnerable residents.” 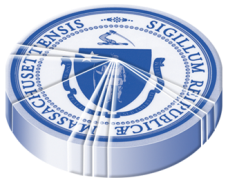 That “support” could be part of the $8 million increase in the EOHHS administration line item (400-0300) as it does not show up in the line item specifically set aside for audits of MassHealth providers and utilization review (4000-0301). That item was actually set by the House at $413,000 less than FY16 spending.

Meanwhile, the House restored the Enhanced Home Care Services Program (ECOP) that Governor Charlie Baker consolidated into other items. With ECOP funded at $74.3 million, it comes in at $3.7 million above the FY16 spending level. That leaves some items noticeably lower than Governor Baker’s budget plan, but it also falls below what the state spent in FY16.

Other newsworthy items from the House Ways & Means budget proposal include the following:

The entire House Ways & Means budget can be found here. The Home Care Alliance will be working with State Reps to sponsor amendments creating a home care licensure commission, increasing MassHealth reimbursement for home health aides, and for EOHHS to conduct a full review of home health reimbursement. The Alliance will be fully partnering with other organizations to push a homemaker wage increase, expanding income eligibility for elder home care services, and other items.

More information on advocacy efforts will be released soon and the budget items will be a focus of HCA’s lobby day at the state house on April 28th. Contact James Fuccione at the Alliance for details.

The Home Care Alliance of Massachusetts is a non-profit trade association that represents more than 160 home care agencies from Provincetown to the Berkshires – and everywhere in between.

With over 45 years of experience, we have the resources and information you need to answer your home care questions. Visit us at www.thinkhomecare.org.